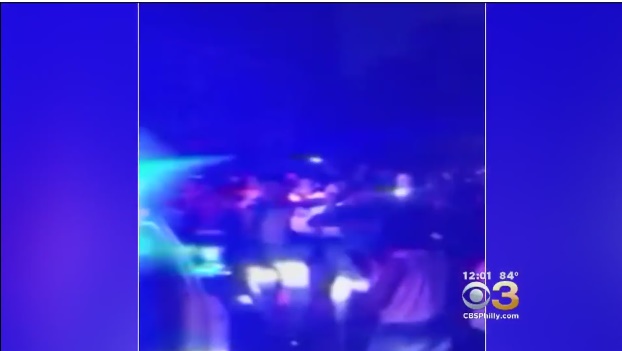 More than 500 teens in a flash mob confronted police outside the Lonnie Young Recreation Center in the Germantown section of Philadelphia Sunday night.

Police say it all began a little bit after 6 p.m. When officers arrived, they found the large crowd on the sidewalk and in the street, as most were estimated to be between 12 and 17-years-old.

Officers said glass bottles were thrown at them. Publicly available videos on social media show the teens surrounding officers in their vehicles, hopping on top of cars and generally taunting police.

Police commanders made the decision not to make any arrests, as to not escalate the situation, and the crowd dispersed within a few hours, CBS Philadelphia reports.