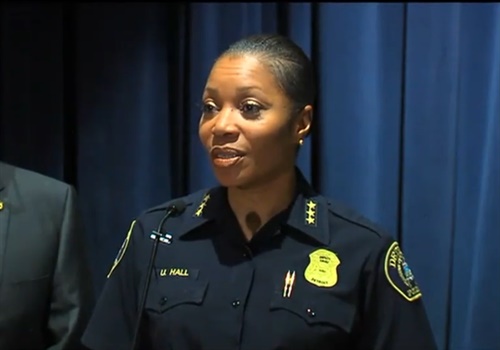 Hall will be the first female police chief in the city’s history and will start on Sept. 5, the city announced on Wednesday.

"I am honored to be chosen to lead the Dallas Police Department at this critical time in its history," Hall said in a statement. "I look forward to building on the successes of the past, preserving community trust and ensuring the safety of our officers and the entire Dallas community."

Hall has been on the Detroit police force for nearly two decades and became deputy chief in 2014. The 46-year-old followed her father into police life, even though she never knew him. He was killed in 1971 when she was 6 months old.