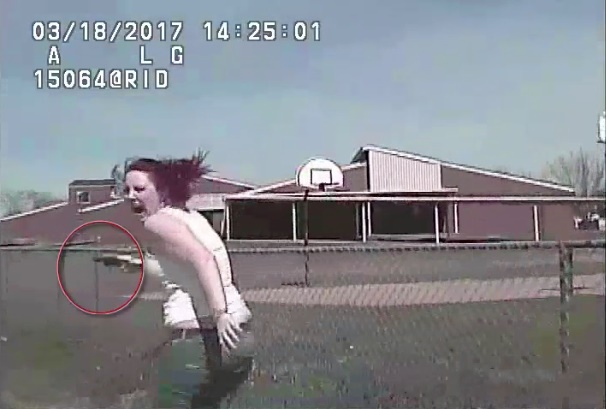 Tulsa, OK, police released several videos Thursday of last weekend's shootout with a wanted suspect that ended after which she was hit and killed by a patrol car.

Madison Dickson, 21, was wanted for a series of crimes, including assault with a dangerous weapon, unauthorized use of a vehicle and discharging a firearm in a public place. Police also believe she shot two people during separate incidents in mid-March.

On March 18, officers spotted Dickson riding in a vehicle in south Tulsa. Police say she exchanged gunfire with several officers.

Police say Dickson jumped out of the vehicle, running from officers but still firing her gun. She was then hit by a patrol car driven by Officer Jonathan Grafton, a six-year veteran of the department. Dickson died of head trauma at the hospital.