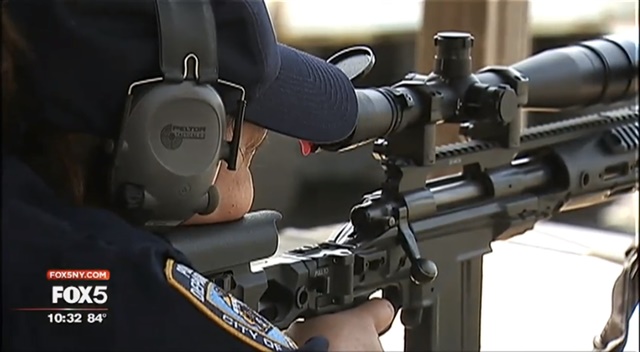 NYPD detective Tina Guerrero is a mother, wife, and counter-sniper dedicating her life to keeping the city safe.

Soon after the birth of her first child at 24, Guerrero became a police officer. She worked undercover in Vice but wanted the challenge of being in the prestigious Emergency Services Unit (ESU), which handles everything from hostage situations and people pinned in cars to presidential details. She felt it was a greater opportunity to protect the public, and she didn't let her gender or size stop her.

"In the beginning, I really was a little intimidated by it," she said of her issued Remington 700 M24. "I'd never really shot a precision rifle before. And hearing the term 'counter-sniper' -- you're looked at a little bit of a higher level, and it's a big responsibility."

She said the support of her husband -- Det. Lenin Guerrero, an ESU officer in another command -- helps and so does the support of the men in her unit.

Guerrero said she is sharing her story with Fox 5 in the hope of inspiring other women to come into this special unit to see just how much they can become and contribute.