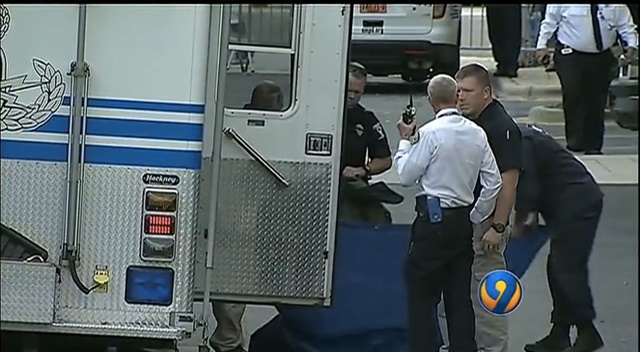 Boomer, a bomb-sniffing dog, alerted to the package after an employee spotted it, CMPD officials said. The headquarters building was evacuated for four hours before personnel was allowed to return.

A robot removed the package, and at around 8:30 p.m. about a half-dozen police cars followed by a firetruck formed a motorcade heading down a street on the outskirts of downtown Charlotte.

Police said the package was rendered safe at a remote location.

“This was just a good employee doing a great job identifying a suspicious package and being able to prevent any further injury," Capt. Mike Campagna said.

WSOC TV reported Wednesday morning that the suspicious package was sent to the department via FedEx. It was reportedly addressed only to “CMPD” and contained a cellphone and other electronic components.

The CMPD said the package was being investigated but did not say it contained explosives.