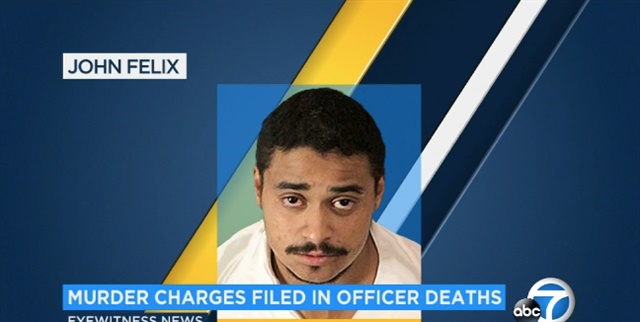 Felix had previous convictions for active gang membership and activity, Hestrin stated. The stolen weapon was an AR-15, according to the district attorney's office.

"He attacked these officers for no reason other than that they were officers coming to a call," Hestrin said. "He knew what he was doing and he did it very deliberately and on purpose and he prepared to do what he did."

Investigators said officers were responding to a family disturbance call on Saturday when Felix opened fire from inside his home, killing Vega and Zerebny.