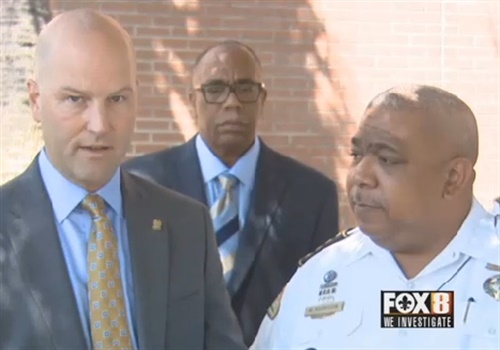 It's the reason why Baltimore police say they want to use the NOPD as a model in the future. They'll spend the next week learning from the NOPD, reports WVUE.

"There's no question that New Orleans has really become a model for the Department of Justice," says Baltimore Deputy Chief Jason Jonathan.

Their trip comes just weeks after the Department of Justice released a report showing a pattern of officers violating the First and Fourth amendments. The report also shows how Baltimore police violated anti-discrimination laws. It's similar to the DOJ report released about New Orleans back in 2011.

"We certainly understand how it feels to have one of those reports by the Department of Justice to outline how your department is going. We've built a robust compliance bureau to help us maintain and get us out of this consent decree," says Harrison.

Harrison says the NOPD is well on its way to complying with the federal consent decree, and Baltimore Police hope they can do the same. They'll tour the training facility and look at what the NOPD calls better supervision practices and reforms. They'll also hear more about the department's body cameras.

As Baltimore Police begin the long process of reform, they say they'll continue to turn to New Orleans as an example of ways to improve their department.