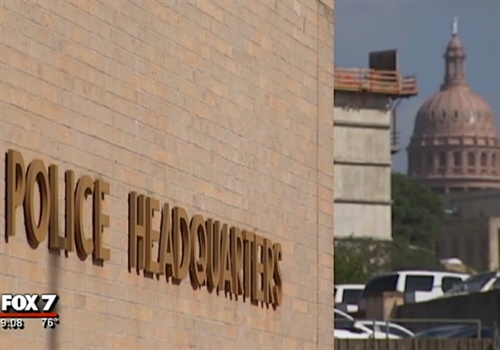 The comment reads: "My family and friends are glad to hear that the high school dropout drug using, neighborhood terrorizing, naked guy will never scare anybody else again." He posted this shortly after Chief Art Acevedo indefinitely suspended Officer Geoffrey Freeman, reports KTBC.

"He and Officer Freeman were friends and I think that he made his comments out of frustration and emotion at that time," said Asst. Chief Brian Manley.

Chiappardi also posted, "It's too (expletive) bad that the boss has no support for his officers. I hope he leaves soon," in reference to Chief Art Acevedo.

"These comments don't reflect the values of this department," said Manley.

In a hearing last week the department punished Chiappardi, a 17-year department veteran, with a three-day suspension without pay starting August 22nd. The Austin Police Association says Chiappardi may appeal.

"We look forward to doing the arbitration. Not because there wasn't an issue with what he said but we're interested in what an arbitrator would say about what First Amendment rights do officers have and not have," said Ken Casaday, president of Austin Police Association.

Chiappardi has since apologized to his boss and the rest of the department. He is scheduled to return to duty with the robbery unit on Aug 25.