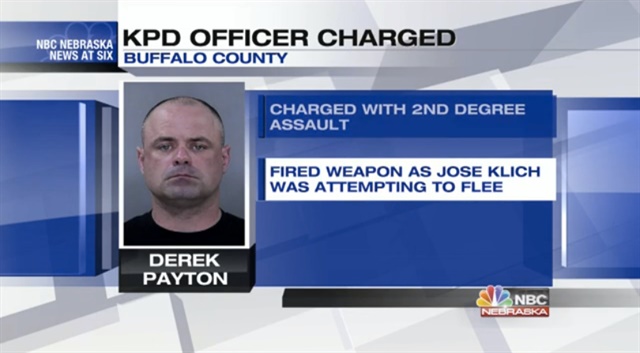 An arrest warrant has been issued for Kearney Police Officer Derek Payton for a June 5 shooting.

According to court documents, Payton is being charged with second degree assault for shooting Jose Klich during a traffic stop near 6th and Central Avenue.

The City of Kearney released a statement Thursday morning saying:

"The Kearney Police Department and the City of Kearney are aware of the charges filed against Officer Derek Payton from the shooting incident on June 5, 2016. The Police Department and staff will not comment on this and the Officer remains on administrative leave pending the completion of the criminal trial."