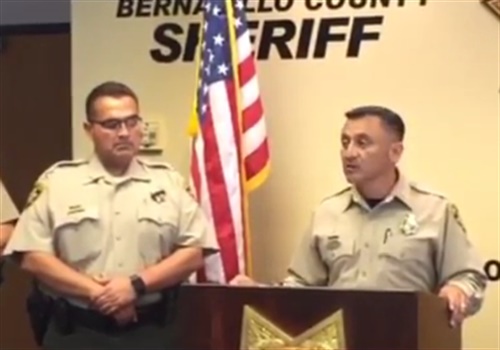 An Albuquerque man attacked a Bernalillo County Sheriff's Office police dog Monday, repeatedly stabbing the dog in the back before knocking him out with a baseball bat, according to authorities.

BCSO spokesman Johann Jareno said deputies were called to a fight between two brothers at a home around 3 a.m. Valadez had allegedly threatened his brother with a knife at an apartment there.

When deputies arrived, Valadez tried to leave and deputies cornered him by setting up a perimeter, Jareno said. That's when they noticed he was wielding a knife and a baseball bat, which he refused to drop.

The vet said Rex didn't have any broken bones, but needed surgery for the stab wounds.