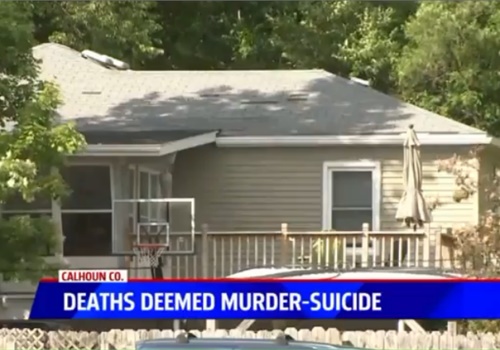 VIDEO: Killing of Michigan Deputy and Wife Appears to be Murder-Suicide

The Calhoun County (MI) Sheriff's Department says the weekend shooting deaths of a deputy and his wife have been ruled a murder-suicide.

Officials say Mark and Hope Elferdink were found dead Sunday morning in the backyard of their home on McAllister Road in Emmett Township. The couple's 12-year-old son called 911 at 7:51 a.m. after finding them dead, officials said Sunday.

During a press conference Monday, investigators said that Deputy Mark Elferdink shot his wife and then turned the gun on himself, reports WXMI.

"The Sheriff's Office is greatly saddened for the family and will do everything we can to assist after this tragedy," Saxton said. "We are offering employee assistance to any and all of our employees as this is a devastating loss." He added they are also hurting for the kids left behind.