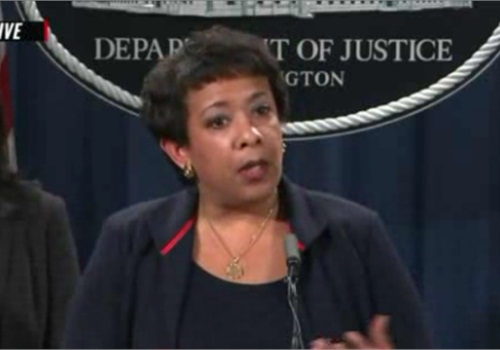 The U.S. Department of Justice accused Ferguson of numerous constitutional violations in a 56-page lawsuit filed Wednesday, saying that the City Council had in fact rejected a proposed agreement the night before — despite Ferguson officials repeated claims to the contrary, reports the St. Louis Post-Dispatch.

At a meeting on Tuesday, the Ferguson City Council approved a revised version of a consent decree it had worked out with the department, but one revision eliminated the so-called "poison pill" clause that made the decree apply to any other agency providing policing in Ferguson.

That change would have allowed Ferguson to circumvent most of the decree by disbanding its police department.

At a news conference Wednesday, Ferguson Mayor James Knowles III insisted that the City Council had "unanimously voted in favor of the most expansive and comprehensive consent decree issued to date."

"The City Council rejected the consent decree approved by their own negotiators," she said. "Their decision leaves us no further choice."

Lynch referenced the Justice Department investigation that began shortly after the fatal police shooting of Michael Brown. It "uncovered a community in distress, in which residents felt under assault by their own police force," she said.

She said the police department's violations were expansive, deliberate, egregious, and routine.

In her remarks on Wednesday, Lynch said Ferguson residents had waited decades for justice and "should not be forced to wait any longer."