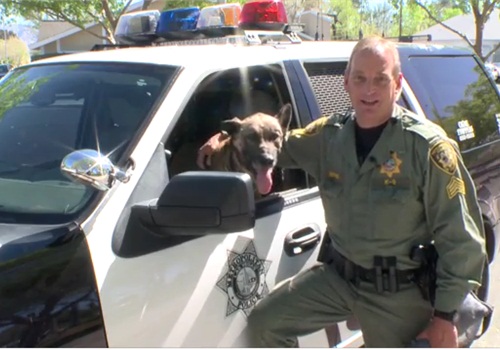 VIDEO: Las Vegas K-9 Back on Duty After Recovering from Machete Attack

The agency posted a celebratory video on its Facebook page with the following message:

"Last month, a machete-wielding attacker nearly killed LVMPD K9 "Nicky". After surgery, dozens of stitches to his face, and a few weeks of recovery, Nicky is back on the streets of Las Vegas with his human partner, Sgt. Eric Kerns. Both of them are super excited to be reunited, and doing the job they love to do. Please wish them well!"