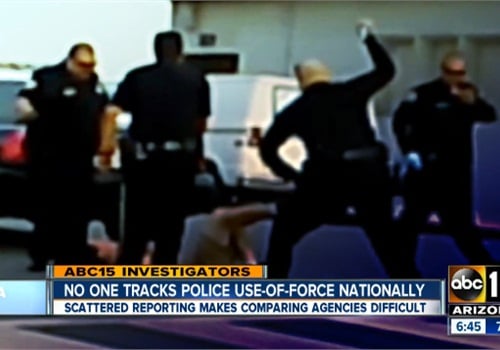 The reporting of use-of-force by law enforcement across the country is fragmented, making it nearly impossible to track and compare agencies, according to a national investigation by ABC15 Phoenix and other Scripps television stations.

The scattered system now has the Department of Justice working to develop a way to standardize use-of-force reporting.

"Would I like to see some standardization? Yeah," said Richard Beary, President of the International Association of the Chiefs of Police. "I think it would be a whole lot simpler to look at the data and understand it."

The move to standardize the reporting of use-of-force incidents comes amidst the nation's heightened focus on police force. Cell phones and officers' body cameras are capturing incidents more than ever, and the internet providing a platform for police interactions to quickly go viral.

"They've got to be the same or the public will not trust us," said Jeff Hynes, a criminal justice professor and former Phoenix Police commander. "If the data being presented is so different, the public is going to look at us and say, 'That's not being transparent.' (They will ask), 'Why is yours so different than the other agency?'"