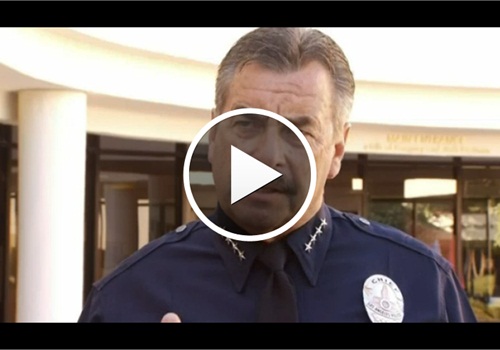 VIDEO: All LAPD Officers to Attend Refresher Training Program on Use of Force

The Los Angeles Police Department is now under mandate from Chief Charlie Beck to get a "refresher" course on use of force training.

Officers from LAPD's Topanga Division were among the first of the city's estimated 10,000 officers who will be required to participate in the 5-hour course for what the department calls "Preservation of Life Training" within the next 30 days.

Speaking to a crowded room Monday, Beck asked the officers to remember why they joined the department to begin with, NBC LA reports.

"We are in total control of our destinies," he said. "You're not doing it for me, because no matter what, I won't be here forever. You're doing it for yourselves and a lot of you have a long way to go."

The training program was a promise from the chief to the Los Angeles Police Commission following questions about numerous officer-involved shootings in the city in the past year.

"We've always said that preservation of life is the number one thing in policing and we want to make sure that everybody understands that," Beck said.