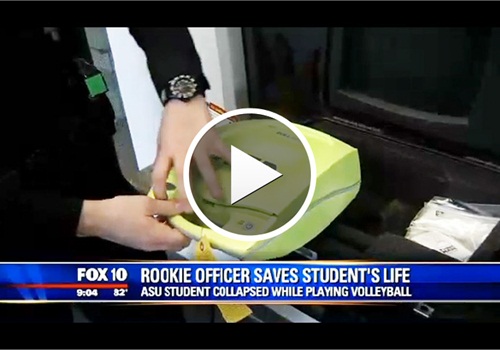 A casual game of volleyball almost proved deadly for an Arizona State University student when he suddenly grabbed his chest and collapsed right there on the court.

His friends called for help and the first person on the scene was an ASU police officer who's now being credited for saving that student's life with a defibrillator, KSAZ TV.

Officer Jarrod Dacquisto is a rookie who's been on the ASU police force for less than a year. But he knew exactly what to do when he got the call of a student down, but not breathing. His first instinct was to grab the automated external defibrillator.

When Dacquisto arrived on scene, the student was lying on his back, in the sand, at the volleyball court and another student was doing CPR on him. The officer used the AED to revive the student.