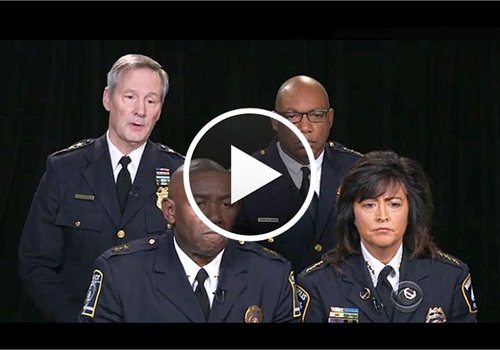 In a CBS News poll, 54 percent of African-Americans said they've been targets of police discrimination. It's an issue CBS News correspondent Jeff Pegues explored with a group of police chiefs: Rodney Monroe of Charlotte, Charles McClelland of Houston, Edward Flynn of Milwaukee, and Janee Harteau of Minneapolis.

The discussion touched on excessive force, diversity within police forces, and the dangers of law enforcement.