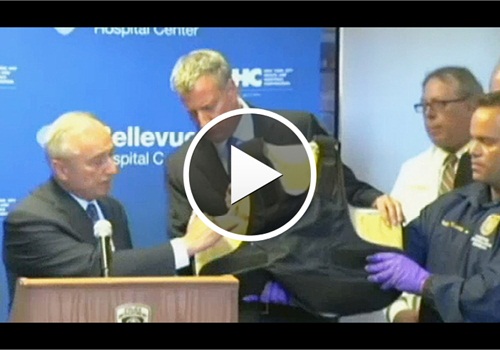 When NYPD Det. Mario Muniz, 45, was hit in the upper-right chest by one of California child molestation suspect Richard Thomas Mozdir's bullets yesterday during a Greenwich Village shootout, it was stopped by his bullet-resistant vest.

"His vest protected him from a more grievous injury had it entered his chest," Police Commissioner William Bratton said at a news conference at Bellevue Hospital Center.

A police source told Newsday Muniz also suffered a wound to the abdomen. Two unidentified U.S. Marshals were also wounded in the shootout. Reports say one was hit in the buttocks and the other was grazed on an arm.

All the officers are reportedly in stable condition at Bellevue.

Mozdir was killed in the shootout.