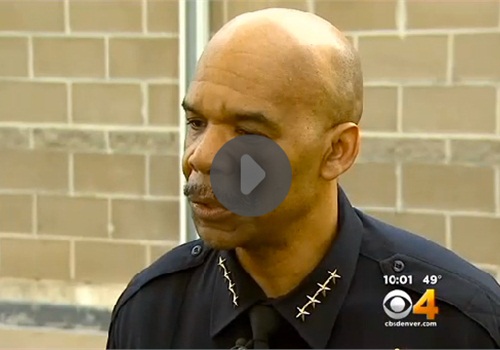 A man in handcuffs shot at a Denver police officer yesterday in the parking lot of a Denver Police substation before he was shot by another officer.

CBS-TV 4 Denver is reporting the shooting happened about 4:45 p.m. at the Denver Police District 4 Substation at Clay and Evans. It was not known at press time how the suspect gained access to the pistol.

Denver Police Chief Robert White said drug suspect Isaac Vigil was inside the squad car when he fired at an officer. He missed and then another officer shot the suspect. Vigil, 32, is in critical condition.

Vigil was wanted on a nationwide felony warrant for weapons violations.