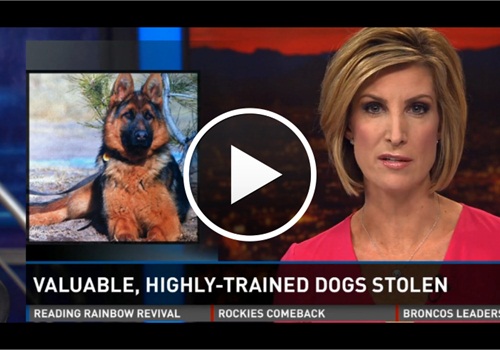 Three dogs that were being trained for use in law enforcement were stolen from a kennel at a facility outside Denver where the animals are trained, Douglas County Sheriff's officials told ABC News.

The dogs, which where found to be missing from their kennels Friday, could not have gotten out without someone releasing them, according to police. Although the animals were being trained for use in the military and law enforcement, they were not yet part of a specific law enforcement agency.

KUSA-TV 9 news is reporting the three purebred German Shepards are valued at about $100,000.