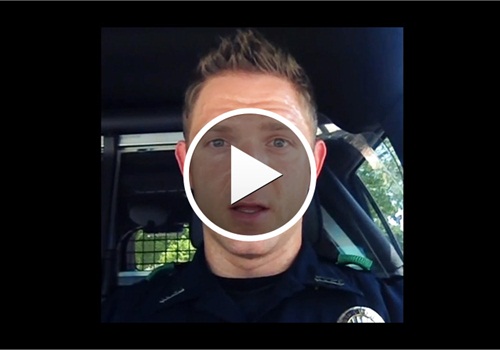 A North Texas police officer volunteered this week to demonstrate to people the dangers of leaving children and animals trapped in hot cars. Texas leads the nation in the number of hot car deaths.

Cpl. Jessie Peterson of the Highland Village Police Department posted a video to YouTube of himself sitting inside his parked patrol car for 30 minutes, noting the passing time and the discomfort he was quickly feeling.

Within just a few minutes, Peterson was sweating and turning flush.

"I didn't expect it to be so bad, because I'm getting in and out of my car all the time when it's hot, but right around the 15-minute mark it started hitting me," Peterson said later.

At the 30-minute mark, he said his breathing was labored, and he needed to get out of the car to recover.

Peterson told NBC DFW he was inspired to post the video after seeing news reports of children dying after being locked inside hot cars. When the temperature outside nears 100 degrees, the temperature inside a car without air conditioning can reach as high as 170 degrees in a short time.