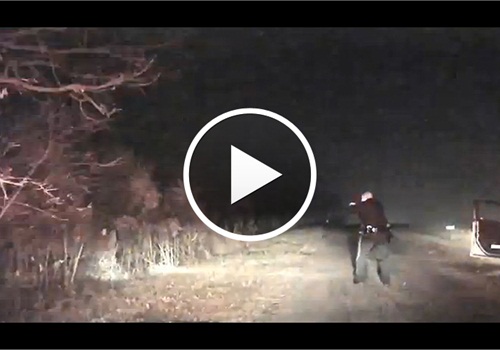 A video released by the Greene County (Mo.) Sheriff’s Department last week reveals that a man who was shot and killed by a deputy repeatedly ignored warnings to show his hands and get down on the ground.

The Dec. 1 incident began when deputies were called to a rural home just north of Interstate 44 around 5:30 p.m. by a former Springfield police officer who found Joshua Ford, 33, on his property. The homeowner spoke with Ford, and, according to a letter to the sheriff from the prosecuting attorney who investigated the shooting, Ford threatened to shoot the homeowner then moved off into the woods.

Deputies found Ford just off a road about 5:39 p.m. and tried to take him into custody. Ford used a sweater to conceal his hands from the deputies’ view and acted like he had a gun.

The deputies warned and even pleaded with Ford to show them his hands and get down on the ground. “Nothing is worth getting shot over!” one of the deputies yelled.

Cpl. Michael Hurney opened fire when Ford pointed the sweater-covered hand at him. Ford was hit three times. He was pronounced dead at a nearby hospital. No weapon was found at the scene.

The Springfield News-Leader reports that in Ford’s previous run-ins with the law he had told officers before that he had a gun when he did not. Documents reviewed by the newspaper also say that he once dared an officer to shoot him.

Cpl. Hurney has been cleared to return to duty.