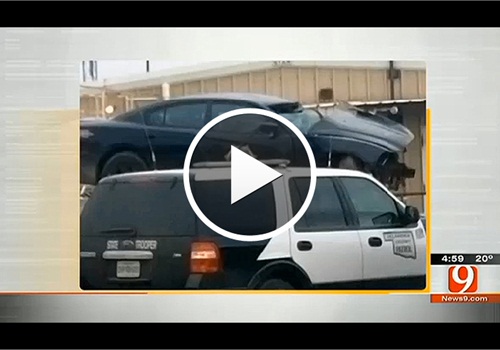 The pursuit began around 9:40 Thursday morning when Undersheriff Beck tried to serve felony arrest warrants on Quentin Lee Johnson, 27, of Sentinel, Okla. Johnson, who was wanted on drug and weapons charges, fled in his pickup truck with Beck in hot pursuit.

Johnson lost control of his vehicle, drove into an embankment and was killed just before the two officers crashed.