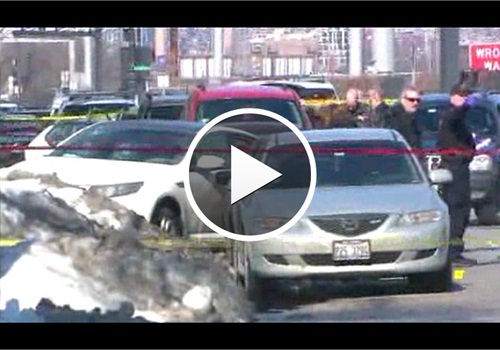 Three men in their 20s were seriously wounded this morning after they were involved in a shootout on the West Side of Chicago, then led police on a chase that ended at Wentworth Avenue off the Dan Ryan Expressway, where police fired at their car, officials said.

Fire Department ambulances took two of the men to Northwestern Memorial Hospital and one to Stroger Hospital, all in serious to critical condition, fire officials said.

The incident started around 11:25 a.m. when two groups of people -- one of them in a white car -- began shooting at each other at Ferdinand Street and Hamlin Avenue on the West Side, according to Pat Camden, a spokesman for the Fraternal Order of Police told the Chicago Tribune.

An officer witnessed the shooting and was calling a dispatcher when someone inside the white car began shooting at him, Camden said.  The white car sped off and the officer, uninjured, followed.