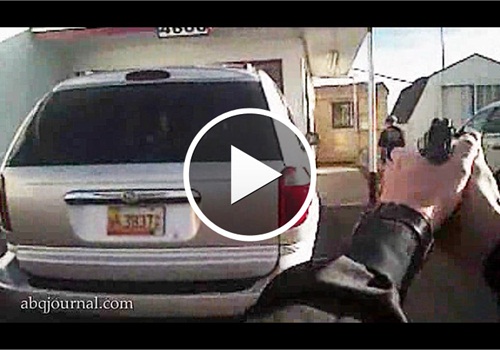 Albuquerque Police Department officer Brian Pitzer fired eight shots at an armed carjacking suspect as he was running away on Oct. 28, according to lapel video released by the department Monday.

This incident occurred after Ortega was reportedly driving people off the road near Girard and Lead SE before he crashed his car near Central and Washington, robbed a woman with her grandchild and attempted a carjacking, police told the Albuquerque Journal.

Ortega survived the shooting, and was booked into jail on charges of aggravated assault on a police officer and armed robbery, among other charges. Ortega pleaded not guilty in that case, which is pending in District Court, and is being represented by attorney Kari Morrisey. Police said he was drunk and possibly on prescription pills during the incident.