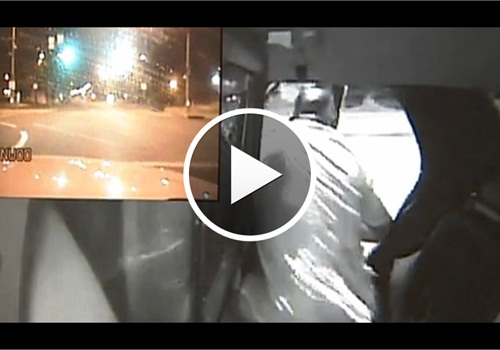 Patrol car video has surfaced of a burglary suspect jumping from a moving Dayton (Ohio) Police cruiser, raising questions about how the officer secured him in the rear seat.

The Dayton PD released footage from the cruiser's in-car video system from the Aug. 27 incident that showed Eric Simmons, 42, exiting the cruiser just before 2 a.m. at Monument and Ludlow streets.

Simmons, who was not handcuffed, can be seen reaching out of an open right rear window, opening the door, and jumping into the street. Simmons tripped and fell, allowing the officer to quickly take him back into custody.