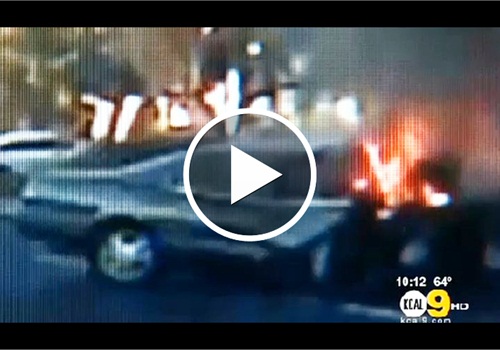 An El Segundo (Calif.) Police officer likely saved a 22-year-old woman's life Sunday when he pulled her from a vehicle that had been engulfed in flames.

Officer Armando Rodriguez, a 17-year police officer and Air Force veteran, spotted the accident at 6:10 p.m. on Aviation Boulevard north of El Segundo Boulevard. A car had crashed into a pole and flames were visible in the crushed driver's compartment.

The officer ran toward the vehicle and pulled the woman out as she began to cry. The woman is expected to survive, reports the Daily Breeze.