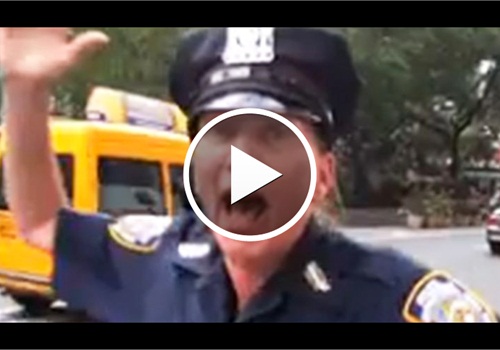 A female NYPD officer is facing a civilian complaint for telling an ice cream vendor to "blow me" during an argument in front of the Herald Square Macy's.

The Midtown South patrol officer, who has been identified only as Officer Melidones, barked at a Mister Softee vendor who she was ticketing for occupying a no-parking zone on West 34th Street, reports the New York Post.

The vendor filmed the officer telling him, "What is wrong with you? Blow me, bitch. Blow me!"

The vendor has filed a complaint with the Civilian Complaint Review Board and is claiming the officer was harassing him.