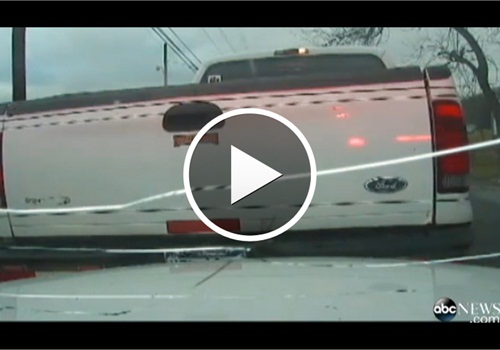 Pennsylvania State Trooper Timothy Strohmeyer was named International Officer of the Year at the International Association of Chiefs of Police conference earlier this week.

Strohmeyer received the award for the courage and resourcefulness he showed last December, when he drew the fire of an active shooter to save another trooper who was trapped in his cruiser.

On the morning of Dec. 21, 2012, an unemployed, former trucker allegedly walked into a church in Frankstown Township, Pa., and opened fire on a woman decorating the building's walls for a children's Christmas party. The man, Jeffrey Lee Michael, then allegedly killed two others away from the church.

As Trooper Timothy Strohmeyer and Trooper David Navaruk each sped to the scene, they passed Michael in his pick-up truck heading the opposite direction. He fired shots into both police cruisers, and broken glass flew into Navaruk's face, according to the Pennsylvania State Police.

Strohmeyer and Navaruk turned their cruisers around and gave chase, hoping to catch up with the fleeing suspect.

Meanwhile, trooper Kevin Campbell was approaching Michael from the opposite direction. Upon seeing Campbell, Michael "accelerated his truck and intentionally rammed Campbell's patrol car head-on," trapping Campbell inside his own cruiser, according to the state police.

In a dashcam video that the PSP provided exclusively to ABC news, Strohmeyer's cruiser can be seen on video approaching the collided cars. Hoping to divert attention away from his trapped colleague, Strohmeyer rammed his own cruiser into the back of Michael's truck, state police said.

Strohmeyer's plan worked. Michael can be seen on video charging Strohmeyer's cruiser with his gun drawn and firing. Strohmeyer was hit several times in the chest and left wrist.

Strohmeyer was wearing a bulletproof vest and survived. Michael was killed by the troopers' returning gunfire.