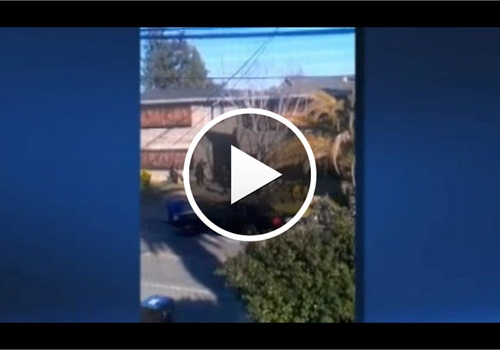 The sex offender who ambushed and killed two Santa Cruz (Calif.) Police officers Tuesday was wearing body armor when he died in a hail of police gunfire.

Goulet then stole Sgt. Baker's unmarked car and drove it to a Whole Foods market several blocks away, where he opened fire on officers and Santa Cruz County Sheriff's deputies. He was shot and killed.

Goulet's father has described him as a "ticking time bomb" who vowed not to go back to prison. Goulet spent a decade in the military, first in the Marine Corps Reserves then three years in the Army. He was trained as a military policeman and served as a Blackhawk helicopter pilot. He had no active duty deployments, reports the Mercury News.

Goulet had served jail time for sex and weapons charges.