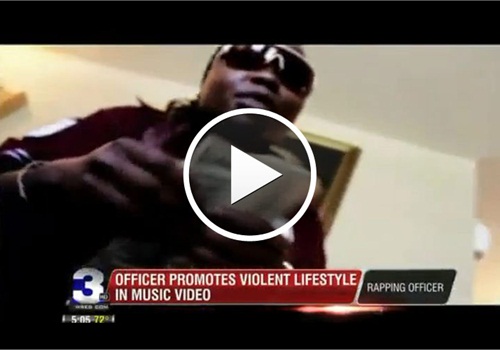 The Memphis (Tenn.) Police Department has opened an investigation into an officer who appeared in a rap video promoting violence and a thug lifestyle.

Officer Candyance Davis, an aspiring rapper known as Quolove, appeared in a YouTube video of her song "Gimme Me." She can be seen throwing cash and shouting, 'If they don't give me my money, I'll f*** them up.'"

The officer's family told WREG that she doesn't live the lifestyle she's promoting in the video and is only pursuing a side job.