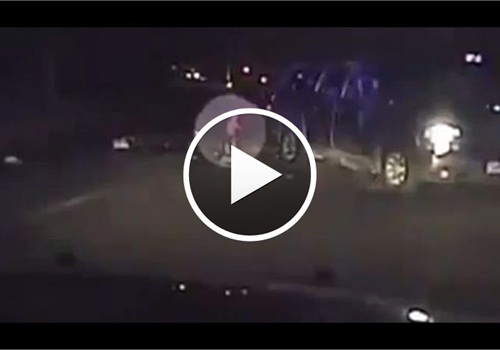 The 18-month-old daughter of a teenage robbery suspect survived after being thrown from an SUV during a rollover crash during a police pursuit.

The girl's father Kenny Jimenez, 17, was arrested with three other juvenile suspects. He has been charged with aggravated robbery, injury to a child, unauthorized use of a vehicle, evading arrest and organized crime.

In the video, the girl can be seen standing up after being thrown out of the vehicle, and wobbling her way toward the edge of the road. One of the other suspects picks up the girl and runs out of the frame.