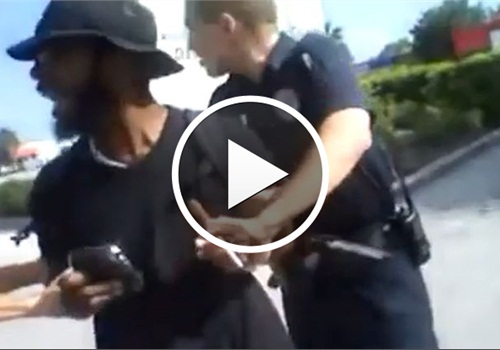 An accused jaywalker who refused to provide identification to two Casselberry (Fla.) Police officers was TASERed three times when he began resisting and shouting that officers had assaulted him.

The video of the arrest went viral, and Casselberry Police Capt. David Del Rosso said it would be used in police training as the textbook way to handle an uncooperative subject, reports ABC News.

As seen in the video, the incident begins when officers ask Zikomo Peurifoy for ID. Peurifoy tells officers it's "not a lawful command" and his friend Noelle Price can be heard yelling for the officer's supervisor.

The officers deploy their TASER on Peurifoy three times during the 10-minute video, before eventually arresting him and Price.