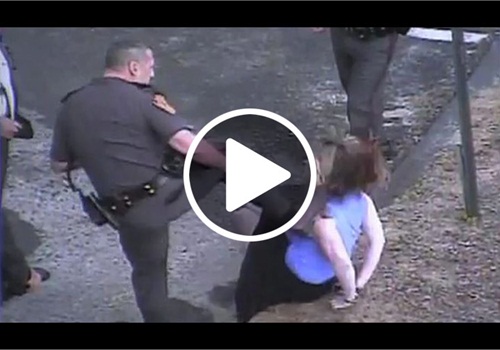 A former Lincoln (R.I.) Police officer received a suspended sentence with 10 years probation for kicking a disorderly woman in the head outside a casino in 2009.

Krawetz was captured on surveillance video kicking the head of Donna Levesque of Uxbridge, Mass., as she sat on a curb waiting for a patrol car to transport her on a disorderly conduct charge on May 31, 2009.