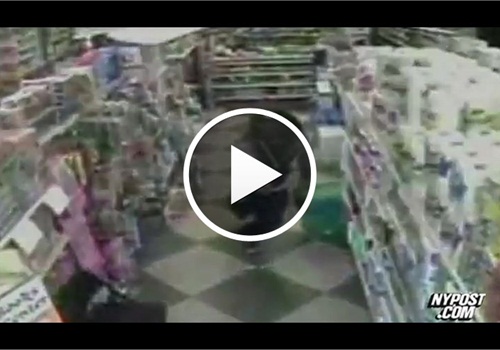 A retired NYPD lieutenant fatally shot a Bloods gang member who attempted to rob a Harlem pharmacy with two accomplices, who are still being sought by police.

The retired cop was filling up his car at a BP gas station in East Harlem across the street from the RX Center, when the robbery occurred at 11:05 a.m. on April 12.

Surveillance video obtained by the New York Post shows the 23-year-old suspect racing out of the pharmacy and running across the street, where he's met by the retired officer.

The suspect was wanted in two earlier shootings in East Harlem and Georgia, reports the New York Daily News.