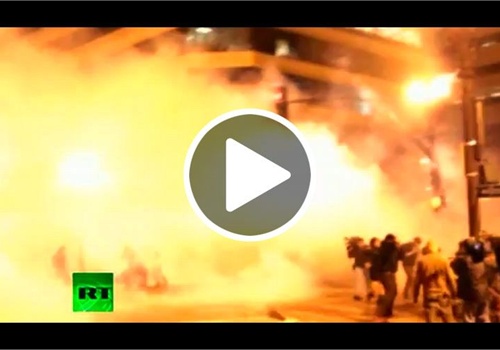 Police fired tear gas and flash-bangs Tuesday night into a crowd of several hundred protesters backing the Occupy movement who unsuccessfully tried to retake an encampment outside Oakland City Hall that officers had cleared more than 12 hours earlier.

Police gave repeated warnings to protesters to disperse from the entrance to Frank Ogawa Plaza at 14th Street and Broadway before firing several tear gas canisters into the crowd at about 7:45 p.m. Police had announced over a loudspeaker that those who refused to leave could be targeted by "chemical agents."

Between 700 and 1,000 officers reported for riot-control duty. In the melee, two officers were injured from the paint and chemicals rioters threw at them.