That ROTC drill rifles are often confused with the real things is no accident of design. So when the members of a Panama City, Fla., high school Jr. ROTC color guard unit were approached by a gray-haired man who inquired as to the authenticity of their "weapons," they good naturedly assured him that the guns weren't real. Satisfied, the man continued on his way onto the Bay School District Administration grounds. Less than an hour later, the man's seemingly innocent query would take on new significance.

Shortly after 8 p.m., the biweekly school board meeting commenced in the district's Nelson Building. Present were school board members, as well as observers seated in the small gallery. For more than 30 minutes, the usual litany of educational concerns were raised and discussed.

Suddenly, a man stood up and declared that he had a motion. Drawing a can of red spray paint from his coat pocket, he sprayed a large circle on the white wall, then rendered a "V" within its borders.

Bewildered onlookers weren't quite sure what to make of the crimson symbol. They hadn't read writer Alan Moore's graphic novel "V for Vendetta" or seen the 2006 movie of the same name. So Clay A. Duke clarified the matter. Then he began to explain the reasons for his actions.

You Fired My Wife

Duke's wife had worked at an elementary school in the Bay County School District prior to being laid off several months before. Now, out of money, out of benefits, and out of patience, Duke was determined to make his grievances known.

Turning from his crimson artwork, Duke drew a .45 caliber pistol from his pocket. Using the gun as a pointer, Duke indicated two women among the staff and said, "You may leave." He then directed those in the gallery to do likewise.

At the sight of the man with the gun, word spread quickly throughout the building, reaching Mike Jones, chief of safety, security, and police for Bay District Schools, who was in his fourth floor office. Running downstairs, Jones, who had retired after a career with the Panama City Police Department, arrived to find Duke casually swinging the barrel of his gun back and forth at the men assembled frozen before him.

As Duke spoke with his back to the door leading to an adjoining room, School Board Member Ginger Littleton snuck back into the room and crept up behind him. Raising her handbag, she brought it down on Duke's wrist as hard as she could in an unsuccessful bid to knock the gun to the floor.

Unimpressed, Duke looked down to where Littleton's forward momentum had caused her to fall.

"Ginger, Ginger, Ginger..." The plaintive quality of Duke's tone simultaneously communicated an acute sense of disappointment in the woman while letting her know that he did not regard her as a threat. He again allowed Littleton to leave the board room.

Duke paced the floor in front of and behind the dais where the board members sat in a state of disbelief. Pointing his gun at Board Superintendent William Husfelt, he said, "You fired my wife." Then he added, "I'm going to die today."

Please Talk to Us

There was an unspoken acknowledgment among the board members: They were trapped.[PAGEBREAK] 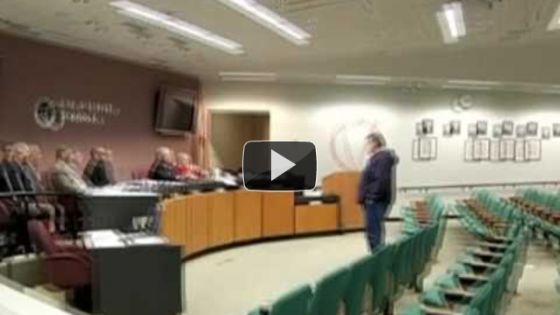 As Duke paced back and forth in front of the board, he attempted to explain his personal predicament. His wife was out of work, their health benefits had run out, he was broke, and he was at his wit's end.

Chief Jones stood outside the board room door and slowly cracked it open. He could hear School Board Member Jerry Register make a personal appeal to the gunman.

"Please, just talk to us. If I can help you get your wife a job somewhere else, I'd be glad to do that," Register said.

As Register and Husfelt continued to try to reason with Duke, Jones opened the door further and placed one foot across the threshold.

"Hey," Jones called out in an effort to distract Duke. "You got a real gun there?"

"Come on in," Duke's invitation had all the warmth of a game show host.

Jones refused the invite. "Well, I want you to come on out," he said.

Duke started toward Jones, who backed up from the door, closed it, and squared his body toward it, so as to engage Duke with his .38 when the door reopened.

But as the seconds ticked by and Duke failed to materialize, Jones realized that the man had recommitted his attentions to the board.

Inside the board room, Superintendent Husfelt tried to save the others by offering himself in sacrifice.

"Listen, I'm the one that signed the (termination) papers, right?" Husfelt said. Motioning to the rest of the board, he pleaded, "Will you let them go? You're obviously upset with me, so why are they here?"

But Duke wouldn't have any of it.

Husfelt made one final plea. "Here's what I don't want to happen. I don't want anybody to get hurt. I've got a feeling that what you want is for the cops to come in and kill you because you're mad. This isn't worth it."

Outside the board room, Jones regarded his .38. If he engaged Duke-and it was fast looking inevitable that he would have to-he'd be outgunned. Getting himself killed would only raise any ensuing body count and fail to save the men inside. Fifty feet outside the room Jones' car was parked, his .40 caliber Glock inside. Hoping that Husfelt could keep Duke distracted for a few seconds more, he ran for it.

Jones reached his car, grabbed his ballistic resistant vest and threw it over his head, then grabbed the Glock and two magazines, and quickly got back to the door.

Peeking through a crack in the door, Jones saw Duke point the gun squarely at the superintendent.

Here it goes, Jones thought. Knowing that he didn't have any more time, he yanked open the door just as Duke pointed the gun right in the superintendent's face and fired point blank. Miraculously, the bullet went low, striking the desktop and furrowing into the Formica before ricocheting straight up and lodging into a three-inch-thick notebook atop the desk. Papers flew up in the air as the superintendent grabbed his chest and fell to the ground.

At the sound of Jones' entry, Duke reflexively discharged a second round into the floor. It was the spilt-second distraction that Jones needed.[PAGEBREAK]

This time when Jones stepped inside, he was determined not to back out. As Duke started to move left, Jones entered the room and shot him once. Duke reached the other side of the room, and squeezed off two rounds at the board members over the top of their desk.

The two men were moving in deference to one another, Duke darting this way, then that, Jones feeling his way with his left hand around tables and chairs as he point-shot with his right hand.

Jones got about halfway into the room, and he saw Duke go down.

Duke's arm came up and squeezed off another round at Jones, forcing the chief to take cover behind the gallery chairs.

Jones laid down three or four more rounds to keep Duke pinned down. He then crawled toward the aisle where Duke was lying. Just as he got to the end of the aisle and came up over the chairs, Duke put the gun to his head and pulled the trigger.

Duke died where he lay. With the exception of Jones' demands for Duke to stay down, not a word had been exchanged between the two men during the firefight.

Jones' command for Duke to stay down proved unnecessary. The gunman's spine and pelvis had been shattered in the firefight, so he was unable to get up. Perhaps recognizing as much, he'd taken his life.

The retired officer and school district chief is amazed that he wasn't wounded during the exchange of gunfire in the board room.

"If you saw the crime scene photos of where he shot at me where I was standing and fired my first round, he haloed me," Jones says. "He drew a circle all the way around my head. Over my left shoulder, my right shoulder, my right forehead, the top of my head, my left forehead, and one right at my heart. The sixth one went into another wall into a door frame."

As pleased as he was with his own survival, the knowledge that he'd taken a human life proved immediately emotional for Jones, and he can be heard crying on the tape in the aftermath of the shooting. He was comforted by those present at the scene and by many others over the following weeks.

"I got a lot of calls from cops all over the United States," an appreciative Jones reflects. "It was like a prerecorded message: 'This is (name, shootout, year). I know what you're doing right now. Don't second guess yourself. The bad guy's dead. You're alive. End of the story. If you need to talk to me, call me back at this number.' Every one of their messages was the same."

Jones says that the messages were an immense source of comfort, but admits that he has yet to cease second-guessing his actions.

"My decision was that I can't go into that little room with a 35-foot span and engage him face-to-face with six people sitting straight up in chairs right behind him with a shotgun or an AR-15," Jones explains. "I knew it was going to be hand-to-hand combat and my shots were going to have to count. I knew I had to get a vest, get it on, and go do it."

Jones is quick to credit his trainers with helping him learn to act so decisively. "I have no idea how I did it," he says. "You train, you train, you train. I went to active shooter school last year with the military, as well as our local police department's rapid response training. When I got in the room, I just moved left and fired, moved left, fired, moved left, fired, ducked and covered."

Chief Jones still shies away from dwelling on the matter or exposing himself to more of the shooting and its aftermath than necessary.

"I haven't even gone to Duke's Facebook account, which was up for weeks after the shooting," Jones notes. "I'm trying to leave this thing alone. I needed my time to heal. I viewed the video one week after the shooting and that was to work with law enforcement to put my statement together and make sure everything was accounted for and all their questions were answered."

For his heroic actions that fateful night, Chief Jones was awarded the Panama City PD's Medal of Honor.