Three protesters were arrested in Gwinnett County, GA, Wednesday for allegedly vandalizing and trying to burn take-home police cars with Molotov cocktails outside of the homes of the officers.

Some Looters are Organized and Targeting Expensive Vehicles and Luxury Goods 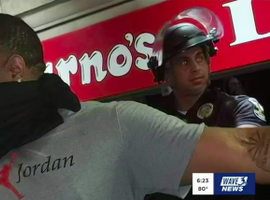 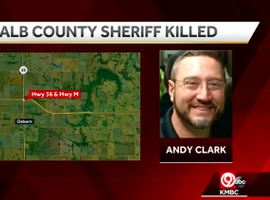 Missouri Sheriff Killed in Crash While Responding to Help Deputy

Discover how implementing speech recognition technology can drive efficiency and effectiveness in your law enforcement agency.

Video from the scene showed the LAPD SUV smashed against the rear passenger side of the tow truck, with a car and SUV also involved in the crash.

“Our only path forward is to dismantle the systems that are designed to harm people of color,” Wesson said on Twitter. “A preliminary cut to the LAPD budget will not solve everything, but it’s a step toward to being the city we aspire to be.”

The melee unfolded when a suspect approached an officer on Church Avenue near Flatbush Avenue at about 11:45 p.m. and stabbed him in the neck.

The officer was waiting with Lewis for an ambulance to arrive when Lewis pulled a kitchen knife out of his pocket and stabbed the officer in the chest just above his vest, police say.

Nieves had surgery again on Tuesday to reconstruct 12 broken ribs and a shattered sternum. He also has five fractured vertebrae in his back and neck.

Police received a complaint Monday afternoon that a man was acting aggressively toward the business owners and damaged the flag displays, Ogden Officer John Poulsen wrote in a probable cause statement.

2 Men Found with Gasoline Can Outside Chicago Captain's Home

It was not clear if the men followed the captain home. But the neighborhood is known to be home to many CPD officers. The captain’s squad vehicle was parked outside the house.

Video: St. Louis Officer Says He and Other Police Came Under Heavy Gunfire in Monday Riots

“We had to pull a police car down and get behind the engine block. We had to move some dumpsters into the street to take cover,” he said. “We had some concrete barricades and barriers, I guess from a loading dock, and then we were using brick structures that were holding a fence," he says.

Sergeant Stephen Williams, 50, was shot multiple times with what one witness described as an AK-47 while responding to an incident at a local Super 8 motel.

A suspect is in custody but has not been identified. He was reportedly apprehended at the scene by SWAT and K-9 units.