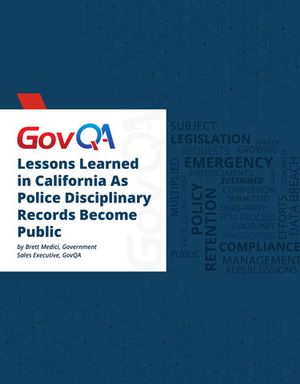 Command Staff: Calling Off the Chase

PowerDMS has introduced new data analytics capabilities to its cloud-based policy management platform for public safety. Using the new features, compliance professionals will have advanced data and insights at their fingertips, so that they can efficiently spot trends and make timely decisions to maintain compliance and better mitigate risk.

Democratic Leaders in Congress Pushing for End of Qualified Immunity

Schedule Express: My Technology Can…Save You Time and Money on Scheduling

Point of Law: Excessive Force and Failure to Intervene