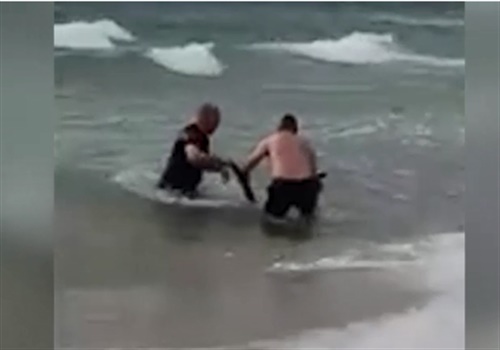 Two Australian police officers—Sergeants Christopher Russo and Kirby Tonkin—dove into the sea to save an unconscious kangaroo in danger of drowning, according to BBC News.

The animal in obvious peril, the officers raced into the water to grab him.

Sergeant Russo said, "I grabbed his tail and Kirby cradled his head and dragged him onto the beach and cleared his lungs to get the water out of him. Then we just started to push on his chest and he started breathing again and I could feel a heartbeat."

The kangaroo was taken to the local police station, before being taken to a local animal shelter.