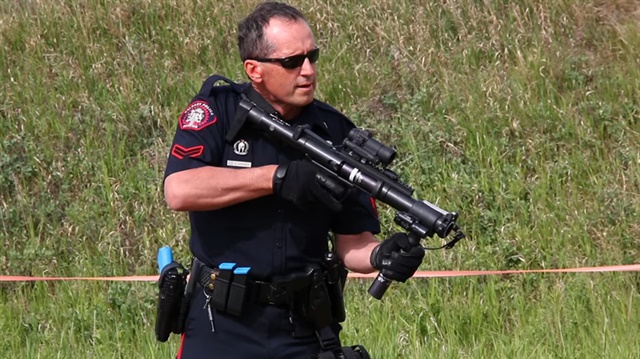 This summer, 40 trained officers will be deployed across the city along with 40 of the ARWEN launchers. The service says it will have 160 officers trained and 80 systems available by the end of 2019. This will roughly equate to 20 officers for each of the city’s eight districts.

The less-lethal program was developed as a result of officers having a limited ability in using such tools as Tasers in extended ranges before escalating to the use of firearms. The ARWEN has been used by the tactical unit, but Wednesday was the first time front-line officers had access to it.

When the ARWEN is used, it is based on the idea that the pain of being hit will make those targeted more willing to be compliant with police.