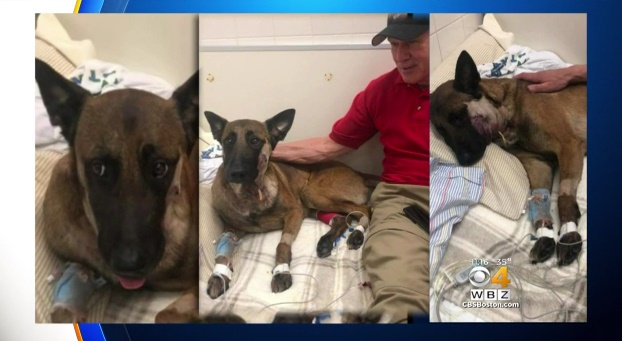 Nero, the police K-9 wounded in a shooting that left Yarmouth, MA, Police Officer Sean Gannon dead, is back on his feet and improving after surgery, reports WMZ.

The officer and his K-9 partner were shot as a group of police officers served an arrest warrant at a home in Marstons Mills Thursday afternoon.

Gannon did not survive. Nero was rushed into emergency surgery and has been recovering since.

Yarmouth Police posted Sunday morning that their “four-legged hero” is “back on his feet… fighting back and standing strong.”