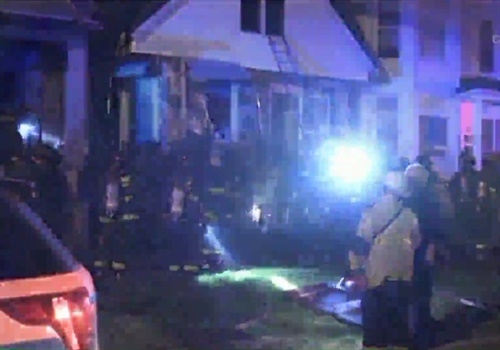 Chicago police say a disabled woman who was trapped inside a bedroom during a house fire and a police sergeant who tried to save her are in critical condition.

Police say when they arrived at the house around 3 a.m. Wednesday, a sergeant tried to rescue a woman in a wheelchair but she couldn't because the bedroom door was blocked and firefighters had to eventually pull the woman out.

The woman suffered severe burns over much of her body and the sergeant suffered from smoke inhalation and internal burns, reports the Associated Press.