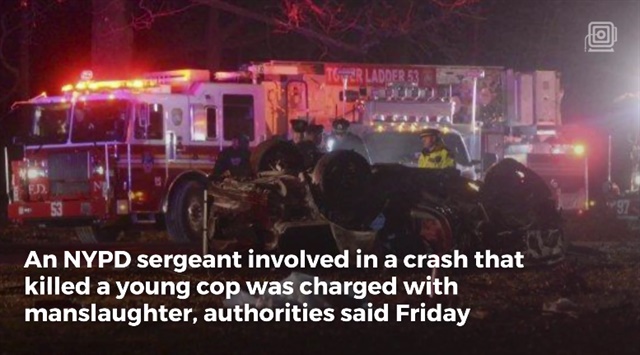 An NYPD sergeant was drunk when he flipped his car in a fiery crash that killed his rookie officer passenger, authorities said last week.

Sgt. Randolph Price is charged with manslaughter in the death of Officer Bianca Bennett, 27, who died in the Feb. 1, 2016 crash near City Island.

The two were on their way home after a day at the NYPD firing range when Price, who was speeding, lost control of the car, hit a tree stump and flipped over, sparking a fire.

Tests taken at the hospital showed that Price’s blood alcohol content was .12 — well over the legal limit of .08, authorities said.

Sitting in a wheelchair with extensive injuries to his legs from the crash, Price pleaded not guilty to the charges Thursday. He was released on $100,000 bail.