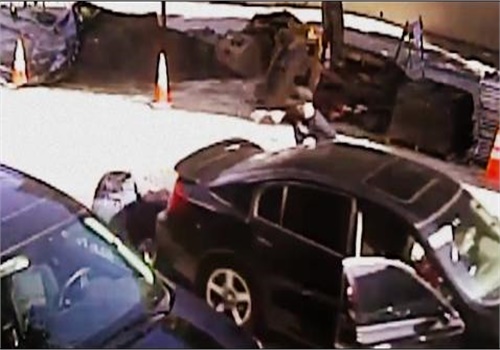 The San Francisco Police Department released a video Friday of an auto break-in suspect running over a plainclothes police officer and an alleged accomplice Thursday near Alamo Square.

The police officers union said the attack shows how the department's policy prohibiting officers from firing at moving vehicles puts its "officers' lives in danger."

The Police Department released the video while identifying three suspects in the attack as young San Francisco men, two of whom were booked on suspicion of charges including attempted murder, reports the San Francisco Chronicle.

The video was captured just before noon from a security camera near Pierce and Hayes streets.