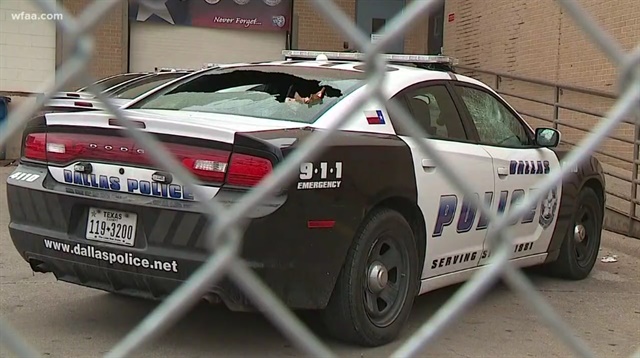 A dozen police vehicles were damaged in a vandalism incident at the Dallas Police Headquarters over the weekend.

Police arrested 58-year-old Greg Simpson for smashing the windows of 12 police squad cars with a sledgehammer at the central patrol parking lot.

Michael Mata, president of the Dallas Police Association, said an unarmed intake officer spotted the suspect and arrested him.

"He's very lucky that that guy didn't turn the sledge hammer and assault him," Matta told WFAA TV.  "The Marshal's would have had to come out and it could have turned into a deadly force confrontation."