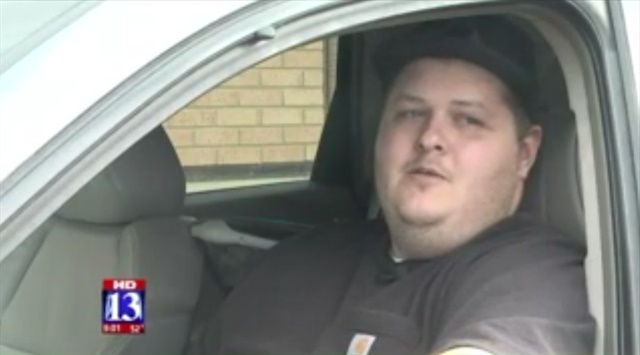 A man is in custody after assaulting a Springville, UT, police officer Friday afternoon, and a good Samaritan with a concealed firearm helped end the attack, police say.

Just before 2 p.m., an officer spotted a pair of feet dangling from a Tabitha's Way donation bin along Main Street in Springville. He pulled over and asked the person, identified by police as Paul Douglas Anderson, to get out of the bin, reports KSTU.

Anderson eventually got out of the bin, but he kept his hands in his pockets, despite the officer's instructions to remove them. When Anderson finally removed his hands, he used them to punch the officer in the face repeatedly until a passerby stopped to help, according to police.

Springville Police said that officer asked Anderson multiple times to remove his hands from his pockets, for fear he had a weapon. When Anderson finally removed his hands, he used them to punch the officer in the face.

Police said he kept punching repeatedly until a passerby stopped to help and scared the attacker away with his pistol.