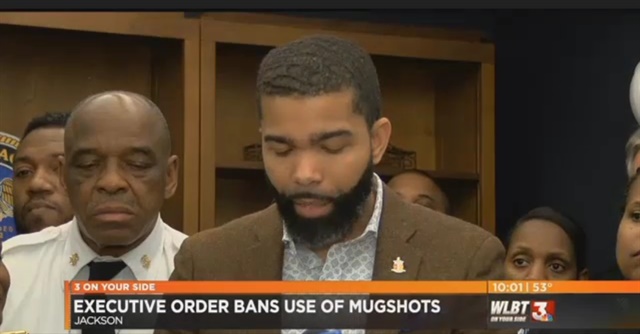 “Mugshots and sensationalized news narratives create lasting impressions that adversely impact communities and widen the historic divides between police and the community,” Lumumba said. “The injustice of this practice was eloquently captured in the ‘If they gun me down’ social media campaign, initiated after the tragic police shooting of Mike Brown in 2014. A mugshot is just one snapshot in time and cannot be presumed to represent the sum total of any individual’s existence.”

The executive order comes on the heels of the city’s latest deadly officer-involved shooting in which 37-year-old Lee Bonner was killed, MSNewsNow reports.

Jackson Police say Bonner was shot in an exchange of fire between officers and two suspects.

Police were in the area investigating possible drug activity on Wednesday, February 21 when they came into contact with two men, one who ran from them. Officers chased both suspects to a nearby abandoned house where one got away and the other produced a handgun and fired at police.

They returned fire, striking the suspect. His handgun was recovered and was later determined to be a stolen firearm, WDAM TV reports.