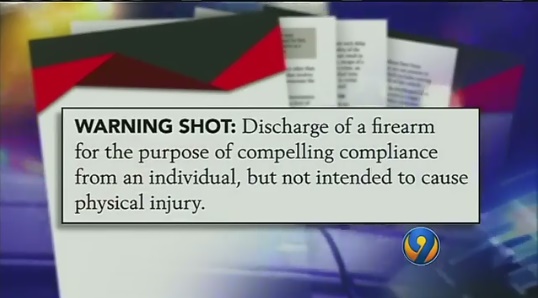 A new policy endorsing the use of warning shots by police to de-escalate potentially deadly confrontations is driving a rift among some law enforcement leaders who believe the practice only heightens risk and should be abandoned.

The controversial issue broke into the open during the International Association of Chiefs of Police conference held this week in Philadelphia. Some IACP members are calling for the removal of the provision allowing for warning shots contained in the National Consensus Policy on Use of Force policy paper. That document was approved by a coalition of police associations, including IACP.

"I'll be real candid, I think it's a stupid idea," said James Varrone, assistant police chief in Wilmington, NC, who first raised the matter Sunday at a law enforcement town hall event staged to coincide with the IACP conference. "I thought the idea of warning shots and the dangers posed by such a policy went away decades ago or longer than I have been in law enforcement – and that's been 31 years.''

The policy is not binding on any law enforcement agency, as departments adopt their own guidelines on the use of deadly force. But some officials told USA Today the warning-shot option could dangerously cloud officers' responses to the most difficult question they face on the job: when to shoot?