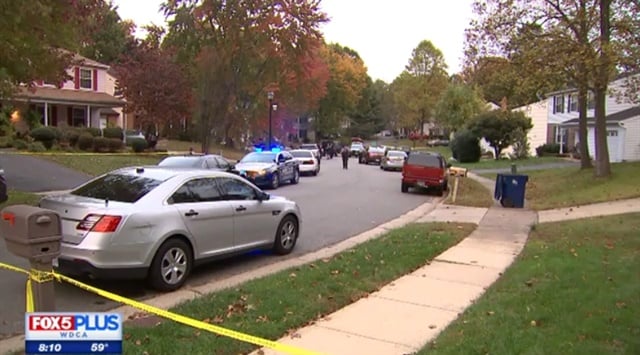 Fairfax County police say a Springfield, VA, man who assaulted his wife during a domestic dispute took his own life with a chainsaw, reports WDCA.

According to Fairfax County, VA, police, a family member arrived at the home Wednesday afternoon, but could not open the front door. The female relative pushed the door in and saw the 70-year-old man attacking his 76-year-old wife with the blunt side of a hatchet in the foyer of the house.

"The family member was able to rescue the victim, bring her outside," said Fairfax County Police Officer Reem Awad. "At which point, the male suspect did follow outside and a struggle ensued over that ax. 911 was called at that point and we responded."

When officers arrived, they set up a perimeter around the house after the man went inside alone and shut the door.

"One officer was able to see inside the garage where the suspect was located on the floor," said Awad. "He appeared to have life-threatening injuries to the upper body. He has since died from those injuries. They appear to be caused by a chainsaw."

Police say the husband was pronounced dead at the hospital. The female victim suffered non-life-threatening injuries and is expected to survive.